Below is the English translation of the home game for children in the style of Quest Miraculous Ladybug and Cat Noir. Unfortunately, poetry is not possible to translate accurately and this may affect your presentation. However, I hope that you will understand the idea and you will like it.

After proper preparing I went to the nursery school to pick up my boys. On the way home I told them that I had seen something very strange today. A postman came to us and put something in the mailbox. I tried to see what exactly he put there, but the postman strictly forbade it. He explained that the letter is not for me, it for the boys- Gleb and Egor.

Arriving to the entrance children rushed to the mailbox. 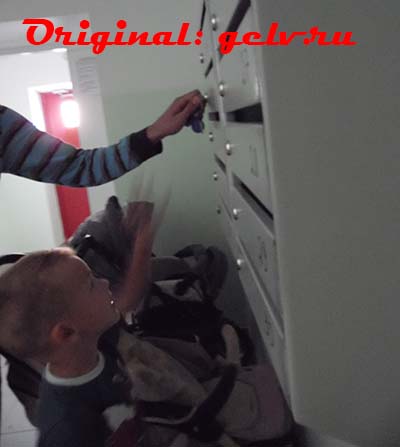 The Letter from Ladybug (a legend to start the game)

Dad helped to unlock the mailbox and read loud the message:

Dear friends, the letter was sent to you because you are the chosen ones!
Straight to the point, time is short. We need Your help! Cat Noir and I were trapped by a Hawk Moth. This importunate type has been hunting our Miraculouses for a long time. Unfortunately, this time he almost got them. Victim of Akuma took them from us and sent us to prison. As far as we know, Hawk Moth told his servant to leave the Miraculouses in the vault, we think, that we know where!..You should find them. Hurry up!
Wait!.. The task is not easy and you will need superpower. Only within an hour our kwamis (Tikki and Plagg) become your assistants, if you are ready to fight for good and help to return our favorite Miraculouses.
Here is the first hint!
We're sure you'll find it out..
Good luck!

Opening the letter-booklet participants read a hint: "Мwe can not start until we find two gluttons..." .

According to the plot of the cartoon, Tikki loves sweets, especially oatmeal cookies with chocolate chips. - Kids found a card with Tikki’s image in the top drawer, where we store cookies. 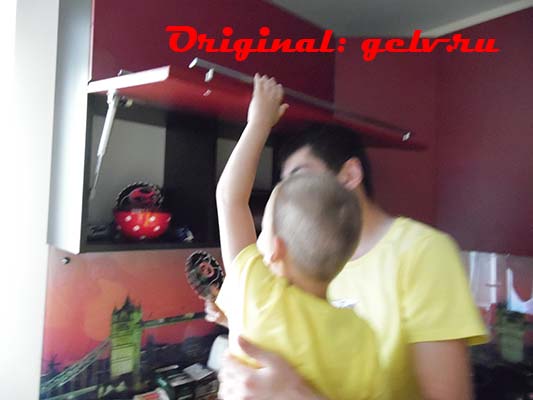 Plagg expects them in the fridge, near his favourite Camembert cheese.

Stickers are the part of a puzzle ПЛАГГ-КВАМИ-ТИККИ (Poster).Commas are in the end or crossed out. Extra letters marked with a cross (it's written in red). 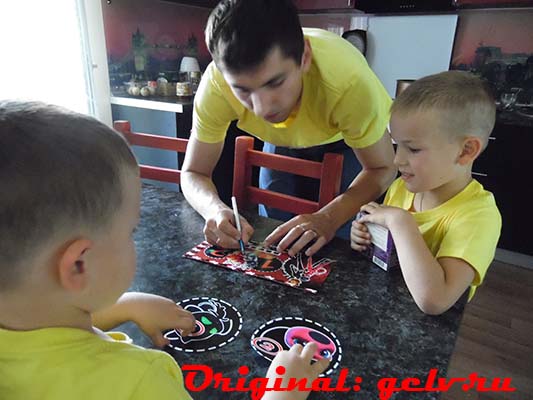 Having solved the puzzle kids run to the poster.

Task#2. A Mystery of an Ancient Papyrus. Following Plagg 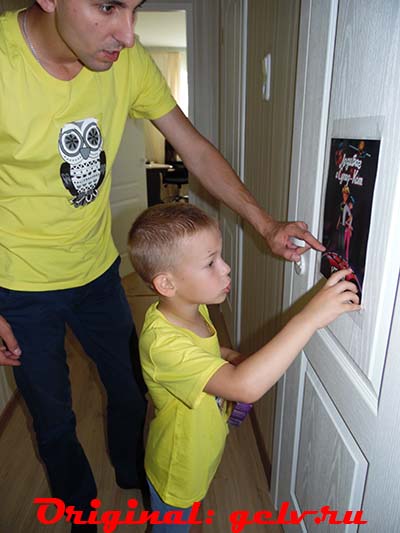 There is a code on the reverse side of the poster, and there is an inscription "Hidden will appear in the dark and clarity will come with it ..." 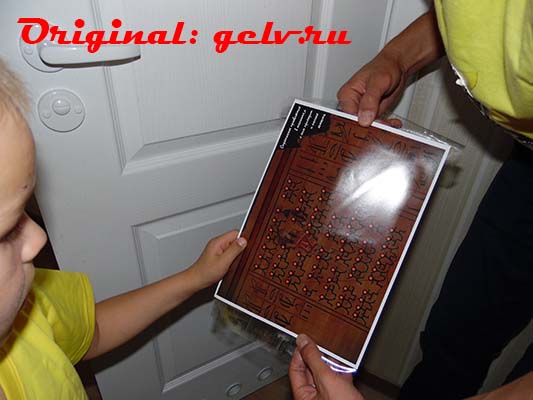 The poster hangs on the bathroom door. The kids should enter the bathroom and when they switch off the light they will see the traces of the Plagg cat. The traces are on the wall, ceiling, shower curtain and lead further to the shelf with the shampoos and other cosmetics, between which they will find a card with a code. When the kids replace the men on the poster, they will be able to read an ancient riddle: 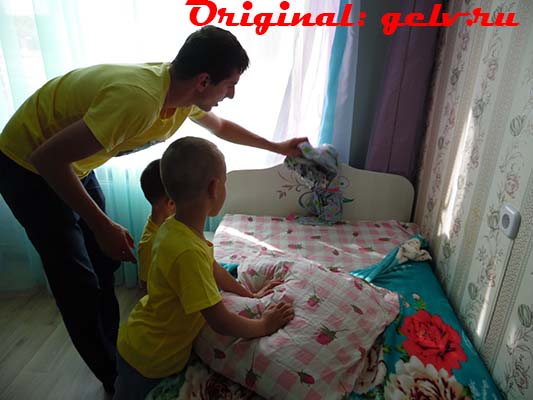 The answer is PILLOW Under the pillow participants will find a Valentine card, which Marinette wrote to Adrian. Some letters are highlighted. 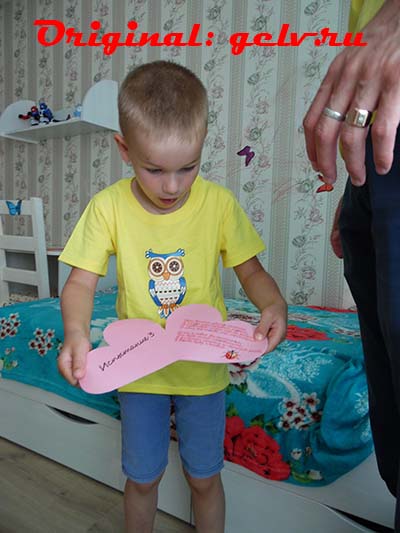 They can make a word using the underlined letters MIRRORзеркало.

The next hint is waiting for our adventurers on the reverse side of the mirror in the closet. It’s a crossword puzzle. The keys are nothing but negative emotions!

5) Хотел быть на его месте
И относиться как к невесте.
Но нет от неё взаимности,
Стал мишенью чувства ... .
(ревности - Jealousy (Heartburn)- "Miraculous: Tales of Ladybug & Cat Noir" cartoon - Season 1- Episode 3 Двойник - Sculptor Theo fall in love with Ladybug. He would like to see her at presentation of the statue in her honor. Only Cat Noir comes. After the event, Cat Noir hints to Theo that he and the Ladybug have a "some special relationship." It makes the sculptor jealous and he hates Cat Noir.

6) Обида, ярость, раздражение.
А рык стоит, ну словно лев!
И никакого нет сомнения,
Напал на человека ... .
(гнев - (Anger (Rage) - "Miraculous: Tales of Ladybug & Cat Noir" cartoon - Season 1-Episode 4 - Повелительница времени - Alex comes to the race and gives her watch to Allier. She asks to be careful with it, because it’s a birthday gift, family heirloom. However, during the race there are some events and the clock is broken. Angry at her friends, Alex falls under the influence of a Hawk Moth 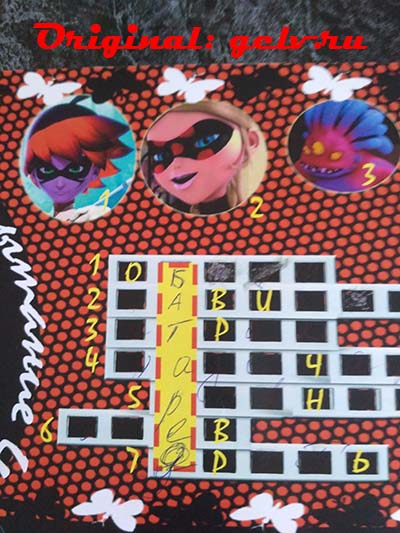 Having solved the crossword puzzle participants will have the word ",батарея - radiator" vertically. . 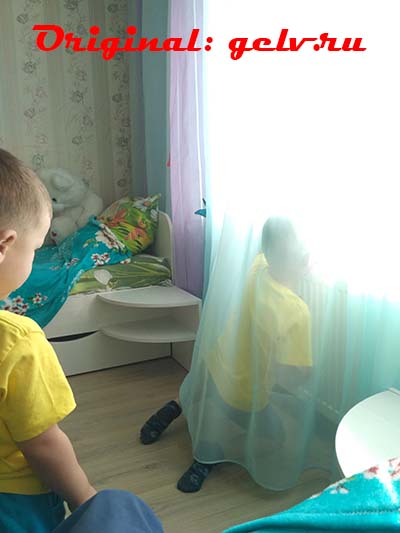 Gleb found the next card with the task behind the radiator in the kids’ room. Having solved the task about mixing colors, the kids understood that they should look for violet butterflies. That it’s preferable to collect all of them. 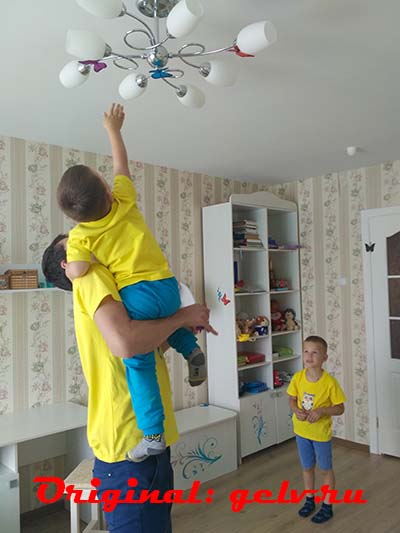 The task is not easy, because the butterflies are everywhere. Some of them are on the curtains, some are on the shelves. Others are magnetized to metal parts of the shelves, and three even concealed behind the wardrobe. Only Super Charm can pul them out! 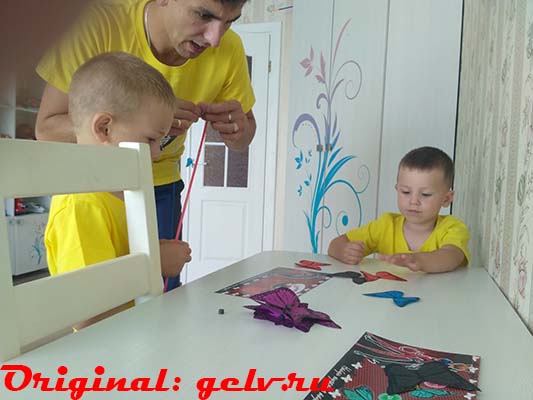 SuperCharm is a card on the table - the task of participants is to understand what they can make of a fishing line,a magnet and a stick. A fishing rod, of course! Using it, they can get even those 3 butterflies, that are hidden behind the wardrobe (magnet fishing). The boys should collect all the butterflies and find out the next hint. The letters of the word "Windowsill" are written on the wings of the butterflies.

The boys found the right windowsill by the method of elimination. They recognize it by a bunch of black and red polka-dot balloons tied with a ribbon. They untied the ribbon and get the card with a Cataclysm. Cat Noir has the energy of destruction, so the boys understood that the balloons should be popped. The last hint is inside...

It's the Celsius temperature (no wonder that ice is drawn on the card) – The gifts are in the freezer:) That's how it was:) 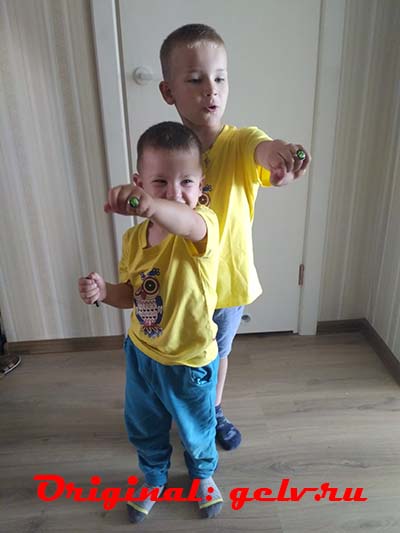